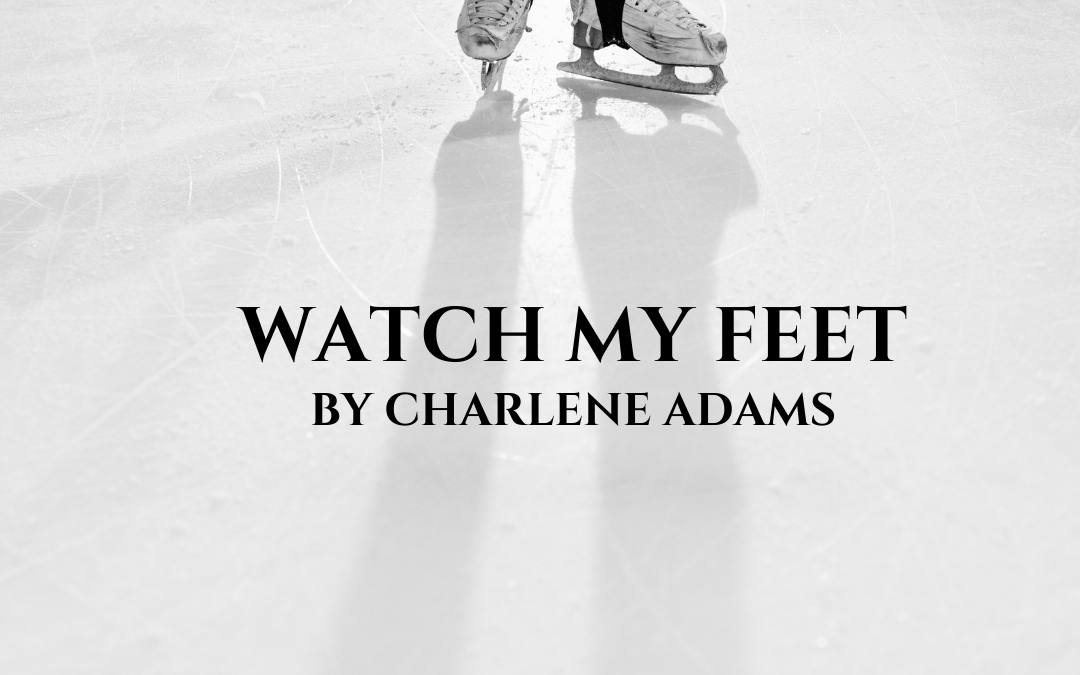 Ice is slick, and blades are sharp.  Seems like a combination that every sensible human being would file into two completely different categories.  Not us!  “Kids, let’s grab some blades. No, first, let’s use real money and pay someone to borrow some super sharp knife-like blades that someone else’s stinky feet have roasted in and THEN strap them on.” That’d be grand! (Irish accent here)  And there’s more.  Let’s throw caution to the wind and find a cold, hard, slick piece of ice and go out and wrestle on it…with strangers!  Even better.

This past winter we never just went ice skating as a family to face humility only amongst ourselves.  No.  Every visit to the rink involved bringing friends.  And so far, friends who have never ice skated.  There has been a lot of teaching up to this point.

One of us skates out in front and around the human child suctioned to the sidewall, and we let them watch how we lift one foot in front of the other and glide.  The instruction:

“Honey, try to glide and not just walk on the ice.  The skates are made for this.  The blades are fashioned to slide, not just clomp down onto it.”

“Lift your head up and look ahead.  If you keep your head down, your whole body will be off-balance, and this will pull you down.”

“Try to ease yourself away from the wall.  Choose a point of destination, and don’t let your hand reach for that wall until you make it there.  You’ll realize you don’t need the wall for support, and it will be easier to keep your balance.”

And they do.  They develop confidence and eventually realize they don’t need the wall.

For the first part of the experience, their little eyes wouldn’t veer far from our example.  The bonus buck is that if they did fall forward, we were there to help keep them upright or cushion the fall.

But this wasn’t true for everyone.

Everywhere we looked there were crashes and train wrecks, all the while massive speakers pumped in happy tunes.  Whose idea again was it to combine blades with ice?  Good thing there was music.  Music always has the power to trick you into feeling like everything is right…mostly.

To list the people in my life who have skated out in front of me and lived an example of standing tall would take some time.  There are many I’ve watched who would never know and some who might be surprised that I was watching.  It is a fortunate result of the goodness of God’s people that I can glide onto slippery slopes, often not of my choosing, and keep my footing.

My heart hangs heavy for the younger generations who might not have spiritual role models invested in their walk or who have been blindsided by churchy models who play a role.  The dangers of inauthenticity in the name of religion is indeed a slippery sheet of ice, and eventually, human train wrecks always follow.

Too many young adults are clinging to the wall, and some have left the rink altogether.  This conviction is summed up in writing used to lull a friend away from crippling choices.

“There are times in life that you’ll come to understand that it’s more important to act than ignore. (When you recognize a need in another’s life)  When I was a young adult, I experienced circumstances where it seemed many of the adults involved largely ignored the need or problem and left me floundering for answers.  So, I vowed a long time ago to never turn into whatever that is.  I witnessed Christian people acting in ways unbecoming of Christ.  One was such an exaggerated event that I was left disillusioned at best.  It made me question who was “real” and who was just playing a part.  Nobody stepped in off the sidelines to help (family doesn’t count).  For years I skated along questioning those who lived by this faith they said they believed in, and I carefully watched their actions, responses, their investments, and what seemed to be their drive in life.  As in most cases, we find what we seek.  I found “Christians” who wore the label, and I found “Christians” who lived the label.  In the second, I found those who embraced the truth that I had experienced and was able to forgive those who didn’t ask.  I’ve discovered that when we seek light, we find it.  We find what we seek.  In every element, in every theme, scent, scene, we find!  It comes down to the condition of the heart and the motive in our life.  Each of us has a choice of what we embrace and how we live.  We either choose faith in Christ and a Christian worldview or faith in the world and its teetering ideals.  For me, it is black and white.  There is no grey when the lights are on, and we really see what is real.  So, mark me down as not standing on the sidelines.”

I met a new friend this past weekend in Virginia, retired college Psychology professor John.  (As far as I’m concerned, anyone named John can be my friend.  I know and love A LOT of Johns!)  After our concert, John and I stood at length and dove deep into issues of the heart and came up in mutual respect of person and passion, ideals, and a desire to help others along the way.  His words, “I’ve said it over and over to my students, ‘Don’t watch my mouth, watch my feet.’”

Watch my feet!  Words can be shallow, dull, drip in sarcasm (ick…that’s the worst), and sometimes can’t even be heard because life’s music is blaring.  It’s easy to open the mouth and vomit sound and syllable and then walk away.  But they’re watching.  They listen too.  They learn from what they see.  Little ones watch the bigger ones.  The middle ones watch them too.  And sometimes it goes in reverse and we learn from the babies because God just gifts it that way.