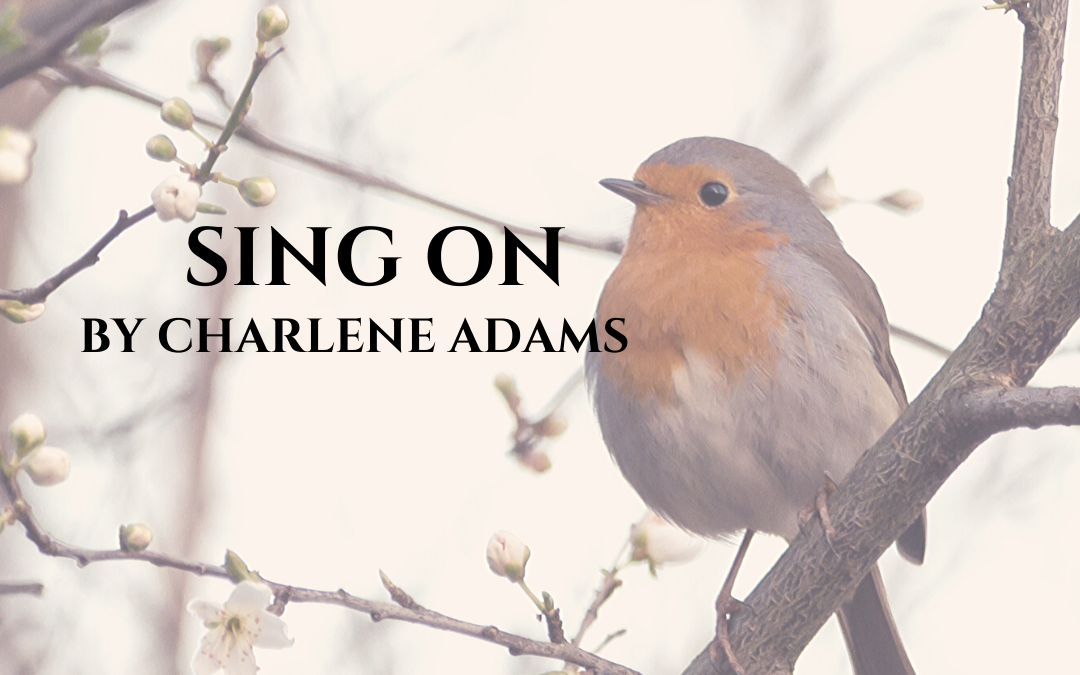 The bird was bare.  Featherless. Naked, but I’m pretty sure it was not a Jay, or a Robin if you’re hung up on the mid-19th-century version of the idiom, “Naked as a Robin.”

This season the birds have been busy.  Cheeping and chirping as they forage their way into a new life.  From the ground up they scurry and gather, pressing and molding sticks and such into place until they form a unified, world-recognized, official nest.

Their songs, a repertoire for spring.  And spring is good!

New life.  New ways. Streak-free windows…if you live with “a cleaner”, we do, and she is our favorite child! (Wink, wink)

These feathered songsters include about 4,000 species, nearly half the world’s birds.  Most caged birds belong to this group. As the poem goes, “A robin redbreast in a cage puts all Heaven in a rage” (William Blake/Auguries of Innocence), but hold on, you should note, a caged bird also calms the storm.  Songbirds are incredibly sensitive and tuned into their environment. You might say they have a Spirit of Discernment, what a beautiful gift.  To empathize and “feel” the air around you without a word being spoken; both a gift and a curse to all the “feelers”. Okay, not a curse, settle down, I’m just saying if this is you, you know what I’m saying. Are we good?

According to Statista, in 2019, a whopping 20.6 million Americans were bird fanciers, owners.

In the past, it was said that birds were caught for two things, food or song.  But what happens when they lose their song? I know what you’re thinking and “no” we don’t eat them!  Although the next line is a tad misleading.

Several years ago we were singing in Iowa and we were invited to have dinner at the pastor’s house.   Directly across from where I was seated was an empty birdcage. So naturally one has to ask, “Where’s the bird?”  Turns out, it was a sad, dark story and I have thought of it so often over the past fifteen years.

“It was my wife’s bird.”  The pastor said. “It loved to sing.”  The second anyone would enter the room it would serenade the atmosphere.

But one day the music stopped.

One evening as the songbird filled the room with music, a guest of the couple who had had his fill of melody and mood, abruptly turned to the bird and in a terse tone commanded its silence.   The bird immediately stopped. In the next few days and weeks it lost ALL of its feathers.

It never sang again.  It lost its song.

After a concert not long ago, I was met at the side of the stage by a beautiful lady.  Her eyes, her voice, her being spilled out love and gratitude.  I am a “feeler”, and she was authentic, she was real.  Her words.  “I am so blessed.  I just wanted to share with you how God is working in my life.  He has been so good to me. I don’t have anything. Really. I am homeless.  I live in the homeless shelter just down the road. I heard about this concert and I used money from my paycheck from working at the pizza shop to buy this blouse  so I could be here this morning.” Well-spoken and confident, she explained that she had been a very successful businesswoman but had fallen captive to addiction that so entangled her life that she ended up in prison.  The night before she was to be released she prayed this prayer.  “God, I will trust in you this time…You and you alone can pull me up from this wreckage…you’re going to have to carry me.”

The next day, she walked out of the prison doors.  She shared, “I had nothing. My clothes were gone. Everything I owned had been taken from me.  They had to give me a paper jumpsuit so I wouldn’t have to walk out naked. But I knew God was carrying me.”  This is the verse He gave me the first night I was free.” Her fingers fumbled through a pocket-sized “Daily Bread” devotional book and she proudly pointed to the words:

“See, see there?”  Her voice filled with awe and a convincing flood of faith like she had to sell me on the notion that God really does listen and answer.  “Right there!” Her face a foot from mine begging my countenance to believe.  I did! “That was my prayer. To carry me.  He answered me.  I promise, I literally have nothing but I feel like I have EVERYTHING!”  She said, her breath catching up to her full-throttled joy.

Whew!  Just when I had a neat little box filled with all the things that have happened in life that aren’t fair.  Mine and yours. Things that if I told you you’d treat me, her, him, and them to a three Michelin star dinner or two just to make yourself feel better for not realizing or for having such a fabulous life. (Not really) The fact is, part of that is part of ALL our stories.

Caught unaware.  The rug pulled out from under our feet.  Terse words that sang our good intentions and left awful scars.

Naked, raw emotions can hollow us to an extent that it leaves a vast, barren, empty space.

This nothingness can become everything.

We are freed by our choice.  Jailbird or songbird? Imprisoned or free?  Fear or faith?

Our feathers get ruffled, it happens to the fanciest of plumes.  Feathers get plucked and frightened clean away, but that is life and we DO go on.  And somehow beauty begins to grow in all the sloppy, muddy, sucky, places and we become better because of it.