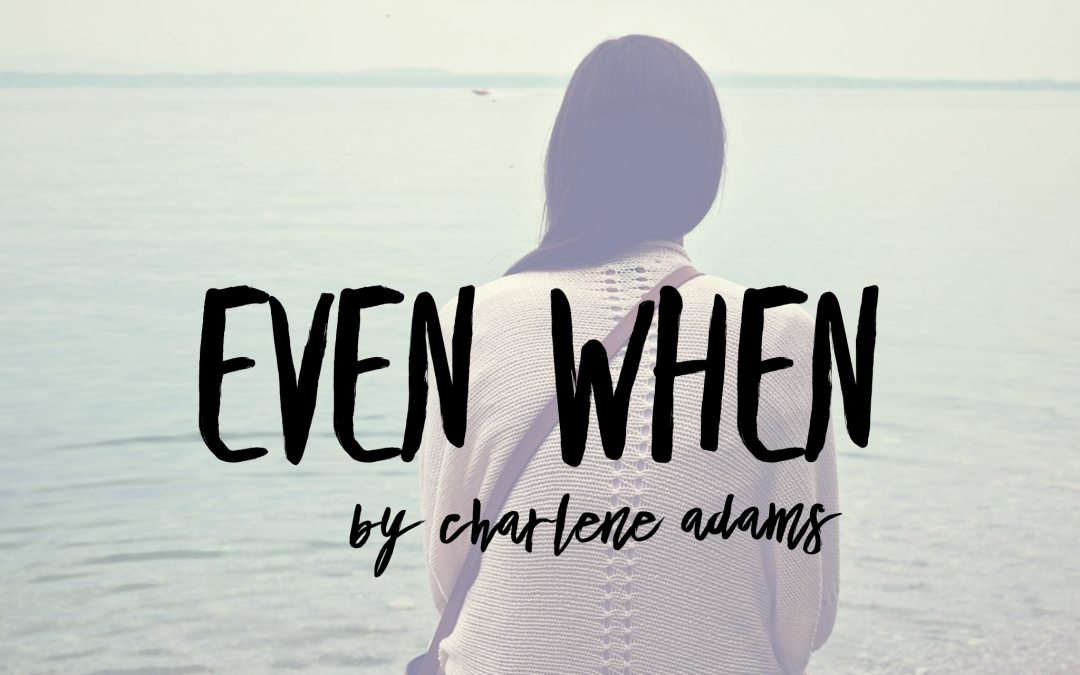 She stood at the edge of the jagged cement slab.  The edges were chewed and chipped and stacked in giant Jenga fashion, teetering on the brink of collapse.  Nine o’clock in the morning had never felt so overwhelming and exposed.

Her eyes, wide with knowing and blank with not wanting to know.  The building, a half-moon crescent of a shell, nine stories high and held by a prayer, and a few floundering steel cables.  The center of the Murray Federal Building was hatefully shaved away. Layers of cement and heartbreak entombed the lost. America’s most tragic home-grown evil.

Oklahoma City would never be the same.

There she stood, glass shards pooling at her feet.  Mangled metal braided around the crumpled mess of what began as a normal Wednesday morning.  Her hands clutched onto each side of her pocketbook, latched like the jaws of a metal alligator-like clip dutifully guarding a toddler’s mittens.   After all, it held all she would need for the day.

When I saw the video footage in a documentary of the 1995 Oklahoma City Bombing, my eyes zeroed in on the lady standing nearly nine floors up, gripping her purse, and waiting for someone to rescue her.  It made sense to me. A lady guards her purse like a nervous swimmer does his life jacket. It holds everything necessary for most needs. And a lady would never, EVER go anywhere without it.

I’ve known women who had half of their bathrooms and a whole snack bar filed in the pockets of their handbag.   And expensive pockets at that. A friend of mine, Sandy, from Oklahoma actually, was flinging around a gorgeous Coach bag at lunch one day.  After complimenting her on the look of her purse, she casually said with totally no shame, “Oh, it’s not a purse, it’s a diaper bag. It has the best compartments and pockets.  I got a good deal on it – it’s perfect! It can even keep something warm or cold if I need it to. I just love it!” Sandy – so confident, hip and thrifty. When I grow up I want to be just like her!

A girl’s bag, some say, holds all that really matters.

And then we have the toss-it-in-and-go, free-spirit-to-the-wind type.  They make the best “day friends”, not a good pick for the “stranded on a desert island type” though.   They drawstring-it-all and forget what Mamma always said about being organized and wearing clean underwear in case you’re in an accident (like anyone would be checking!).

Comfy hobo bags and duffle bags can get you tangled up when you’re searching and under pressure.  It’s like a black hole inside those things. Have you ever been short on time and needed that one simple something out of your bag?  Since everything is tossed in together, every knick and knack your fingers hook is the wrong sort of something?

It’s always good practice to listen to Mamma though.  Not necessarily about clean underwear, although it’s always the right thing to do, but more about the importance of being organized, and organizing what’s important.  And recognizing.

Tragedy and heartbreak do a fine job of filing and compartmentalizing what’s important.  In the end, we can usually name the hurt and crown the healing but life can get pretty disorganized and messy in the middle.

Sometimes we can toss everything into one hobo bag and then end up not being able to grab any sort of truth.  Or at least anything that makes sense. Void of any certainty or even hope. We end up with a duffle bag theology.  An unsure faith. Reach in and grab what feels right and hope for the best.

Faith rooted in Christ and hope that is only found through Him will be tested, but it will never be lost or out of reach.

Author and chief operating officer at Facebook, Sheryl Sandburg, wrote a book titled Option B.  A book about finding strength in adversity, her words are earned.  While on vacation, she found her husband collapsed on a gym floor, he later died leaving her with their two young daughters to raise alone.  She writes:

“I was in a void.  A vast emptiness that fills your heart and lungs and restricts your ability to think or even breathe.”

Sheryl goes on to write about how suffering can test our faith.  She tells a story about a church deacon from New Jersey who had been struggling with depression.  Then her sister was diagnosed with cancer. She had been angry with God and questioning why He would allow this to happen.

Too much.  All at once.  So unfair. Then she said,

“It’s not about praying to God to fix everything.  He’s not a magic genie where you can ask for certain things and only the good things pop out.  Even when you are in the darkest hours you can stay hopeful. That’s the thing about faith…it helps you know that sooner or later this too shall pass.”

Years ago I wrote a song for a friend whose forty-two-year-old son had died of cancer.  He, too, left a wife and two young daughters. The lyrics speak of the faithfulness of God:

I don’t know why the good ones have to go

And I’m not sure that pain makes a stronger man

I’ll drop my head and lift my hands and say, I trust you Lord

You taste my tears.  You’ve lived this pain

Because of you, my hope is set, my faith remains

She stood on the edge of a nine-story drop-off.  Hands clasped tightly to her handbag. Looking over and around at everything that made no sense.  Nothing normal and nothing right about this day.

Sometimes I am that person.  Sometimes there are no answers to satisfy the questions.  But that handbag?  That handbag represents my faith.  It is all I need. And I will NEVER let it go…even when.